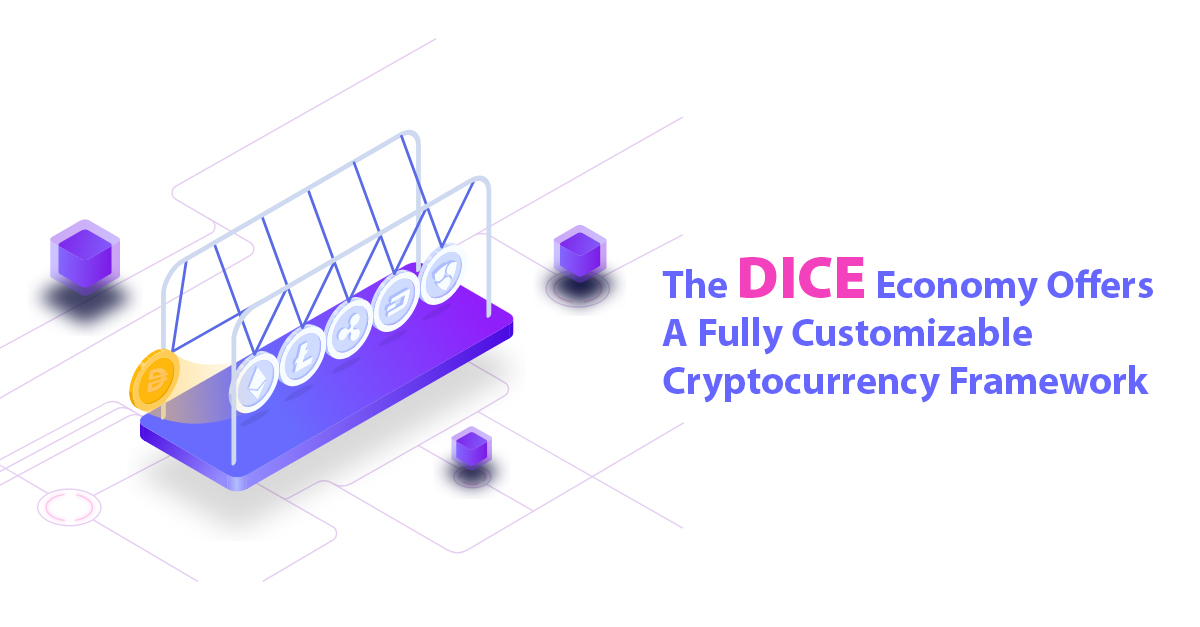 The early years of Blockchain when it first started to capture the attention of its global audience, it was expected to take the world by a storm of digital innovations. Disruption in major industries, financial hubs was feared. But as things panned out, we realized that the progress didn’t pick pace, however, needless to say, it did bring changes in major sectors.

A lot of people started wondering whether the full potential of actively running blockchains have been unlocked. However, the fact remains that all such projects are live and continuous improvements are running on the platforms. Conversely, when it comes blockchain and in particular cryptocurrencies, these digital assets have primarily been perceived to be a platform to earn fortunes overnight. Every other cryptocurrency that surfaces the market is expected to follow the suits of Bitcoin. Contrary to the perception, DICE or Digital Certificates, a new cryptocurrency brings altogether all new features that have never been imagined on the blockchain technology. A new for of digital cash, DICE is a cryptocurrency which provides a new platform for entrepreneurs to raise money for their projects.

A lot of readers might think that ICO does no different. But eliminating the limitations of ICO such as profound initial costs and extensive marketing, with DICE, an individual or a company are simply needed to launch a new project to raise money. No marketing costs as the funds are raised through the community using crowd-supported cryptocurrency mining. DICE aims not to replace but to provide the community with an alternative currency to the Fiat currency that has a positive impact on the everyday life of its users. Businesses, public organizations or even the individual users can benefit from the crowdfund mining model wherein the cryptominers are kept incentivized. The revolution that DICE brings with its platform is with DICE, users can also purchase goods and services or can simply transfer their tokens to friends or family. The applications of DICE are simply limitless.

Creation of new DICE units involves a mining process, wherein, the computing power of a miner is used to generate 1024 bits of block data. Based on a pre-determined set of rules, the operator in the model is required to validate each 1024-bit of block data and every valid entry from miners are rewarded with 1 valid unit of DICE. All the valid units of DICE can be easily stored in an online or offline mode with a printable note which can later be used as an alternative to traditional currency.

While the DICE economy is not based on Blockchain, it is fully customizable at every single operator’s level that provides full transparency or full privacy to the system.

The model of DICE is created by Operators which is in a way a small country of its own. Miners gather around these entities to get their block data validated. The Operator in turn is responsible to maintain a database of the DICE units associated with them. The Operator serves as a guarantor that is liable to validate every new DICE unit that is created. The ownership claims are also executed by Operator on the platform. In case an Operator happens to cease operations, which does not in any way affect the DICE economy apart from the users associated with that single operator. Given the “Cluster Model”, DICE lacks a single ledger system, which is the typical nature of blockchain architecture. The DICE is a global ecosystem wherein every Operator operates a separate ledger which may be private or public in nature. This leads to true decentralization of the economy.

Miners get motivated to mine DICE cryptocurrency and in turn, get rewarded with valid DICE units while the operators are motivated with the fact that all the DICE that is being mined on its behalf can simply be used as a collateral in all future deals. And thus, with true decentralization DICE offers a fully customizable cryptocurrency framework, unlike other traditional cryptocurrencies.
DICE money is positioned not as an alternative to cryptocurrencies but as an alternative to the Fiat Money which allows its users to transact in multiple ways. With that being said, DICE is expected to bring a revolutionary way of fundraising and alternative payments system.

No Result
View All Result